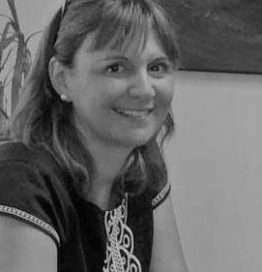 Irini Sarioglou (Dr.) was born in Istanbul in 1972. She is an Assistant Professor of Contemporary History at Istanbul University (Dept. Modern Greek Studies) and the General Secretary of the Hellenic History Foundation in Athens. She specialises in contemporary Greek and late Ottoman/modern Turkish history (19th -20th century). Her filmography includes: Zappeion High School for Girls (Script-Research-Narration-Translation), The Ten Day Diary (Concept-Research-Script-Narration-Translation), The Exiled (Concept-Research-Script-Narration-Translation), The Silent School (Co-Directing-Script-Research), Imvros – Tenedos: A tale of memories (Co-Directing-Script-Research), On the edge of the Aegean, Castellorizo (Co-Directing-Script, Research) and The East Has Set (Co-Directing, Research). She is the President of the International Documentary Festival “Beyond Borders”. She speaks English, French and Turkish.