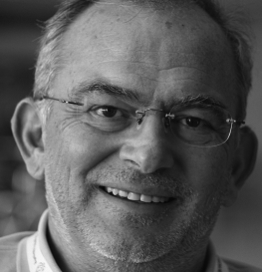 Journalist and filmmaker with a long and eventful journey into newspapers, radio, television and websites. He was Director of ERT World (2011-2013), presenter emissions (from 1989) to political and social issues (the last to black ERT was «Theme night») and a member of Executive Committee of the International Federation of Journalists (2004-2010). Has interviewed personalities of the international political scene, they left their mark in history, like Arafat, Zhivkov, Demirel, d’Estaing, Gul Napolitano, Cholmpourk, Isabel Alliende and others. He has conducted missions in more than 60 countries and has given interviews and reviews in international networks CNN, CNN TURK, RAI, AL JAZEERA etc. Since 2014 vice Technopolis City of Athens and from 2016 Board member the Greek Documentary Union. He has received many awards and distinctions, such as: nominated for the Freedom Award of the press in Spain 2013, candidate with the movie-documentary “Dying for the Truth” for the documentary prize of Greek Film Academy in 2012, Foundation Cutuli prize (Italy 2012) and many others.