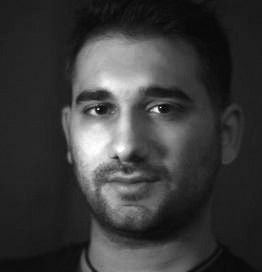 Born and raised in Kavala, Greece, Tasos Giapoutzis lives and works in London as a freelance filmmaker and lecturer in film theory and practice at the University of Bedfordshire. In 2017 he was awarded full scholarship from the University of York to carry out his doctoral studies in Film by Creative Practice. His films have participated in more than 100 film festivals worldwide. In the past he has worked on Distribution and Sales at the Feature Films Department of Red Bull Media House in Salzburg, Austria. His training as a director includes participations at the Go Short Talent Campus in Nijmegen, the Talent Development Campus in Cork as well as the Reykjavik Talent Lab.