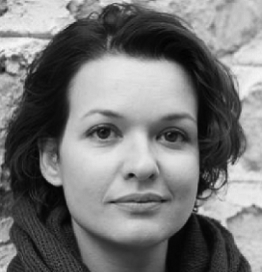 Veroniki Krikoni was born on 30th June of 1983 in Athens where she currently lives. Her studies in International and European Studies (Panteion University) and European Cultural Studies (Erasmus mundus Euroculture Programme, Joint Master of Arts) offered her a cosmopolitan mindset and way of living. She has lived in Italy, Poland and the Netherlands, while she is familiar with the countries of the Balkan Peninsula. Cinema, theatre and contemporary dance is her artistic passion. In particular, she has a growing interest in the production of short films by young film-makers from the region of the Balkans. From 2011 until today, she has organized Short Film Festivals in Tirana, Athens, Bucharest, Sarajevo, Thessaloniki and currently Sofia (Balkans Beyond Borders Short Film Festival). The cinema has been the vehicle of her inspiration and the main tool of her research on the construction of cultural identities and their visual representation.