BA (Honrs) in Communication and Image Studies of University of Kent,  MAin  Heritage Management,  Athens University of Economics and University of Kent. She works as a director in ERT SA since 1998 mainly in documentaries and broadcasts relating to social, cultural and children’s issues and in international co-productions. She has also worked in the field of promotion and branding heritage both within the ERT, but also in the private sector. She’s been a jury member of the ERT MICROFILM program. In May 2015 she published her first children’s book titled vice versa from MINOAS editions. Two of her documentaries have been screened at Documentary Festival of Kalamata and Thessaloniki Documentary Festival. For Beyond Borders Documentary Festival she has been a member of the jury since 2016. 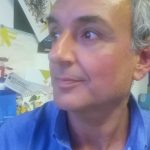 Senior Advisor for International Coproductions at RAI,  Italy, International Advisor at  GZDoc International Documentary Festival, Creative Consultant for Development of International Coproductions, BB Film Productions, Rome. After graduating in Philosophy at the University of Hamburg, Germany, Markus has been working as an author, producer and editorial supervisor of educational and factual television programs and multimedia productions.  For RAI, the Italian Public Broadcaster, he has worked on  a variety of programs and websites for youngsters and school education as well as for adult education, dealing with subjects like Philosophy, History, Art History, Citizenship and  Language Learning.T he EBU, the European Broadcasting Union in Geneva, has appointed him twice as Executive Producer for co productions of TV series. Markus is representing RAI as an active member and currently Vice-Chair of the EBU’s Science and Knowledge Experts Group. 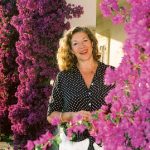 Carol Drinkwater is a multi-award winning actress, writer and film-maker. Carol is the author of twenty four books, both fiction and non-fiction, and has achieved bestselling status – over a million copies sold worldwide – with her quartet of memoirs set on her Olive Farm in the south of France. Carol’s fascination with the olive tree extended to a solo Mediterranean journey in search of the tree’s mythical secrets. The resulting, bestselling travel books, The Olive Route and The Olive Tree, have also inspired a five-part documentary film series. Her latest two novels are THE FORGOTTEN SUMMER, set on a vineyard in the south of France against the backdrop of the French-Algerian war, and THE LOST GIRL, set during the terrorist attacks against Paris in November 2013. THE LOST GIRL was one of the UK’s LoveReading Books of the Year. Carol writes for both adults and the adolescent market. 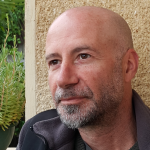 Born in Istanbul of mainly Greek and Italian ancestry. Graduate of Boğaziçi University, department of English Language and Literature. Started working for the Istanbul Film Festival in the mid 80’s as a guide and interpreter for guests and jury members. His collaboration with the festival continued as catalogue writer; at present he is a moderator and documentary advisor. Started to write articles about cinema and especially about documentaries in 2010 for internet sites and magazines like Express, Bir+Bir and the newspaper Agos. He is also an advisor for Ege Documentary Days and Ege Human Rights Documentary Days organized by the Aegean University of İzmir. In the year 2015 and 2016 he curated Art.Mov Minifest for the art gallery Trieste Contemporanea in collaboration with Virginia Dordei.