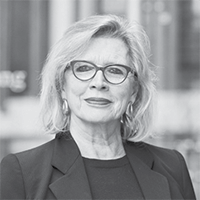 Barbara Wackernagel-Jacobs, lives in Saarbrücken, Germany, and has worked since 1975, locally and federally, in the area of youth unemployment, living conditions in neighborhoods and improvement of working conditions. In 1991 she became Secretary of State, and in 1996 Minister of Labor, Social Affairs, Women and Health in Saarland, Germany. In 1999, following a change of government, she devoted herself to her passion for cinema and became a producer of documentary films. With the experience of more than 20 produced films, she also became a writer and director. One of her best known works “The Sputnik Effect, 30 years more“ is a national documentary which, by comparing the situations in the United States and Germany, promotes a change of perspective in the discussion of the senior population. Her latest film “Passionate about Europe” is a compelling portrait of Jean-Claude Junker, former President of the European Commission. 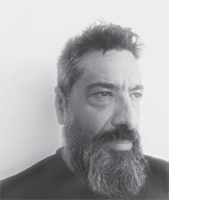 Screenwriter, Head of the School of Film, Faculty of Fine Arts, Aristotle University of Thessaloniki 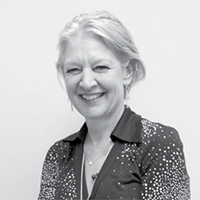 After finishing her studies, Margje de Koning directed documentaries for various broadcasting companies for 12 years. For some years Margje was a teacher for documentaries at the University of Amsterdam. In 2004, Margje became Commissioning Editor for a documentary slot of 52’ docs. This meant producing and co-producing creative single 52′-documentaries on contemporary social, social-cultural and moral issues with a strong human interest angle. The focus is on Dutch subjects but surely also on subjects from over the whole world. Since 2005, Margje de Koning has been responsible for the Television Department of IKON and on 2012 she became Head of TV, Radio and New Media programming at IKON. From 2016 IKON has been incorporated within EO with Margje de Koning as Head of Documentaries for EOdocs. Since 2019 she left the Public Broadcaster in order to become the new artistic director of the film festival “Movies that Matter”.

Aris Fatouros was born in Lefkada and grew up in Athens. He is a founding member (2002) of the Hellenic Parliament Television Channel, where he works as a Program Advisor. He has worked as a production manager, producer and director. His films have won international awards. He created the microfilm program in ERT, producing 200 short films and great distinctions. He designed the interdisciplinary program “Diaplasis”, with the production of 100 student documentaries. He has been a consultant and evaluator on the European program “MFI Script 2 Film Workshops” and a member of juries at film festivals. He wrote articles, presented conferences on film education and participated in the elaboration of studies on the appropriate policy for public television and Greek cinema. He has studied Physics, Political Science and Cinema. 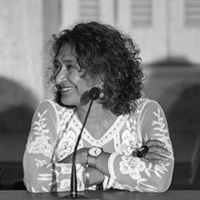 Razia Iqbal is a presenter for BBC News: she is one of the main hosts of Newshour, the flagship news and current affairs programme on BBC World Service radio, which is broadcast around the world, including on more than 300 NPR stations in the US. She also regularly presents The World Tonight on the BBC’s national network, Radio 4. She was the BBC’s arts correspondent for a decade, during which she travelled around the world covering arts and culture for television news. She has been a journalist with the BBC for nearly three decades. She has worked as a political reporter, and as a foreign correspondent in Pakistan and Sri Lanka. Most recently, she has covered the 2016 Presidential campaign in the US; the German and Turkish elections and travelled in India and Pakistan making programmes for radio and television. She was born in Uganda, Kampala and moved to London as a child. 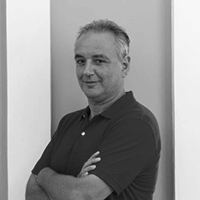 Senior Advisor for International Coproductions at RAI, Italy, International Advisor at GZDoc International Documentary Festival, Creative Consultant for Development of International Coproductions, BB Film Productions, Rome. After graduating in Philosophy at the University of Hamburg, Germany, Markus has been working as an author, producer and editorial supervisor of educational and factual television programs and multimedia productions. For RAI, the Italian Public Broadcaster, he has worked on a variety of programs and websites for youngsters and school education as well as for adult education, dealing with subjects like Philosophy, History, Art History, Citizenship and Language Learning.T he EBU, the European Broadcasting Union in Geneva, has appointed him twice as Executive Producer for co productions of TV series. Markus is representing RAI as an active member and currently Vice-Chair of the EBU’s Science and Knowledge Experts Group. 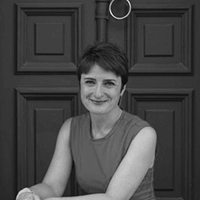 Professor Jo Fox is the first female Director of the Institute. Jo Fox is a specialist in the history of propaganda and psychological warfare in the 20th and 21st centuries. Until joining the IHR, she was Professor of Modern History and Head of the Department of History at Durham University, where she began her academic career in 1999. She has contributed to broadcasts for the BBC (UK), CBC (Canada), PBS (United States), Channel 10 and ABC (Australia), and she is active in museum, archive and heritage sectors. She has been a judge for the Grierson Awards for documentary film. Jo Fox has previously served as the Honorary Communications Director of the Royal Historical Society. She is a National Teaching Fellow (2007), a Fellow of the Royal Historical Society (FRHistS), and a Fellow of the Royal Society for Manufactures and the Arts (FRSA). 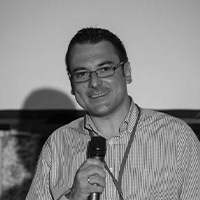