Jury Members of the competition section 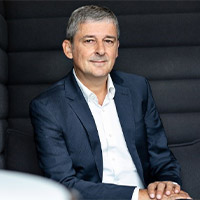 He was born in 1961 in Gerolstein , Germany. He studied German Language and Literature, French Language and Literature and Political Science in Mainz (Germany) and Toulouse (France). He entered ZDF German Television as writer, editor and producer of several documentaries. Since 1997, he is responsible for high end documentaries series “Terra X” in ZDF primetime (science, history, nature). He has made international co-productions with partners like BBC, arte and ORF, while he has published numerous books on German and European history. Since 2007, he is Provost of degree program “TV Journalism” in Film Academy Baden-Wuerttemberg. 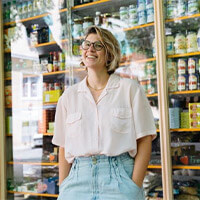 Phaedra Vokali studied Piano, Economics and Architecture Theory in Athens and Film in University College London on IKY state scholarship. She has worked in film distribution, criticism and festivals (Athens International Film Festival). In 2012 she took on Marni Films as a managing director, building up its slate until 2019, completing numerous films and videos as a producer. She is an EAVE Producers Workshop alumnus as well as Torino Film Lab alumnus (Script & Pitch, Framework). Her films (Suntan, Afterlov and more) have been awarded and screened in international film festivals like Rotterdam, SXSW, Locarno, Edinburgh, New York, LUX prizes and in many other places around the globe. She is a member of the Feminist Autonomous Centre for Research in Athens, where she has attended courses and produced monographs on the subjects of Intersectionality and Queer Oral Histories. She is an Artworks fellow and currently in post-production of her first short film as a writer/director, titled «Enomena». Since February 2021, she serves as the General Director of the Hellenic Film Academy. 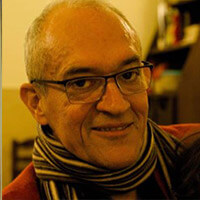 Βorn in Paris, he has been living and working in Greece since 1979. He studied Architecture in Paris and Film in Athens. In 2003, he founded the production company Minimal Films, which undertook the production of his documentary films and the ones of talented Greek filmmakers. Minimal Films has also undertaken international co-productions with ARTE, France Télévisions, CNC and more. He is teaching documentary in Greek and international workshops (MFI, StoryDoc, French Institute). He is also teaching at the Athens Film School “Stavrakou”. Founding member and former President of Greek Documentary Association “Hellas Doc”. Most recent of his filmography are: «The deaf dog» (in progress, 2023), «As far as the sea» (2019), «24h EUROPE» documentary, 30’ episode of a 24hours documentary for ARTE (2018), ), «NIKOS BELOYANNIS», episode of the series UNSUNG HEROES for ARTE (2016), «Demokratia, The way of the cross» (2012) and many more. 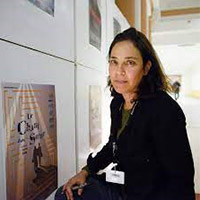 Danae Elon is an award winning documentary filmmaker, writer, producer and cinematographer. Her short «Life of a Dog», was selected by CBC Gem as part of the Covid Relief fund for artists from over 4.000 submissions. «Life of A Dog» was a finalist for best documentary at Gala Quebec Iris awards. Her films «Another Road Home» 2004, «Partly Private» 2007, «P.S Jerusalem» 2015 and «The Patriarch’s Room» 2017(Best Documentary film Beyond Borders 2021, Best Documentary Toronto Jewish Film Festival, Orpheus Award LA Greek Film Festival) have been showcased at TIFF, Berlinale, Tribeca, IDFA, Hot Docs, Melbourne IFF, Human Rights watch FF, FIPA, Leipzig and many other international film festivals. She has programmed for The Cinema South Film Festival and is currently selecting films for the on-line VOD platform TENK. Danae is an adjunct lecturer at Queen's University in the department of Film and Media. 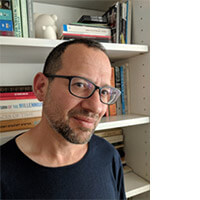 Uri Cohen is Assistant Professor of Hebrew and Italian Literature at Tel Aviv University and Head of the Porter Institute for Poetics and Semiotics. He has written and edited various books (monographs and collective volumes) and scientific articles with a main research interest around social and literary theory issues, while he is also interested in academic research around film studies. In 2004 he wrote the script and undertook the scientific research of the documentary "Traces of Ida Fink", which was screened at the Jerusalem Film Festival.