The ‘Beyond Borders” Film Festival continued on 2/9/16 with the screenings: “Silent Witness’ by Dimitris Koutsiabasakos, “Next Stop: Utopia” by Apostolos Karakasis and “Concrete Utopia’ by Anna Ilin & Josefine Bingemer. There were also the special screenings (outside competition) of the organization Balkans Beyond Borders: “One Line” by Dimitris Argyriou and “Refika” by Ozge Deniz Ozger. 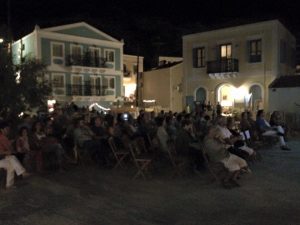